Ah! Stop motion! You twisted fusion of reality and fantasy! Of design and of manifestation! 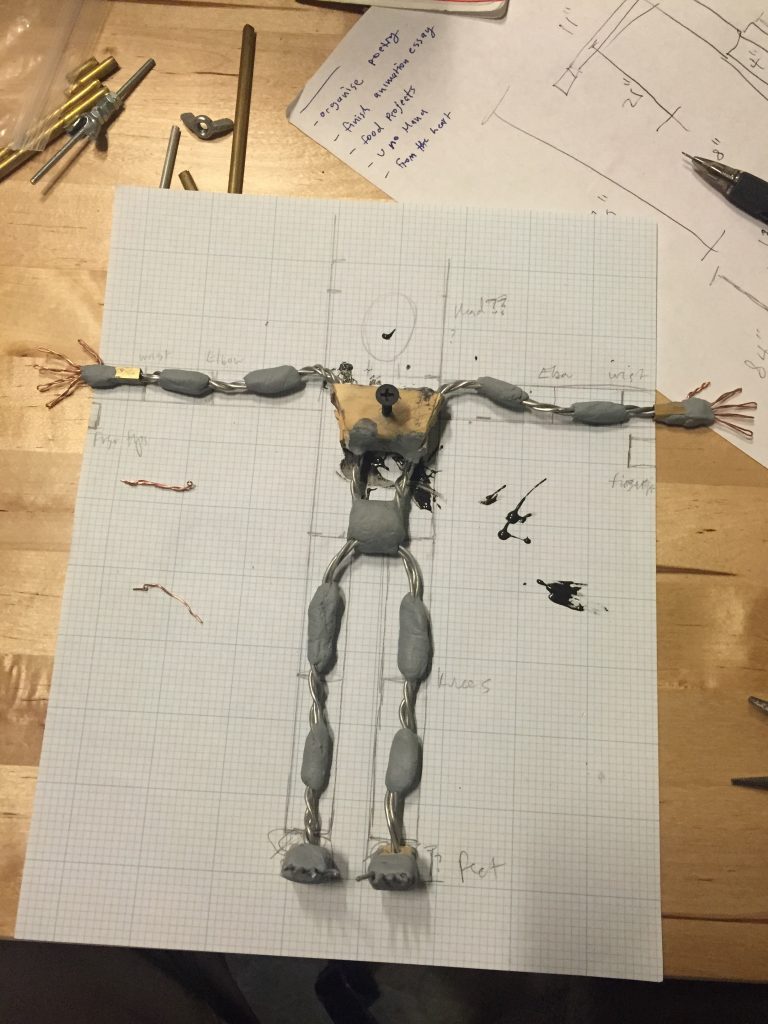 I have been a stop motion animator for more than a decade now.  I used to animate crap like transformers, clay, knives, toys. Alot of my earlier work has been deleted forever from the world in multiple fits of self criticism.  Perhaps it’s better off already extinct.

Now my work has grown to be more legitimate and I make my own models.  Me and some friends from the college days.

Some of my films have won cash-money prizes at film festivals.  I have also been paid big bucks to teach classes on it to west-coast children, too.  I have even been approached by Laika and asked to apply/send in my portfolio etc.  But I won’t ever hire myself out as an animator.   It means too much to me.  I was approached by youtube a half decade ago wanting me to monetize a stupid transformers video that was getting a lot of views.  I declined and then they put ads on it anyway.  Below is a sampling of writing work on the philosophy and mechanics of Stop Motion.  It was interesting enough that the ideas were plagiarized by the organizer of stop motion magazine!  I’ll post more about that later when I care enough to take offense.

So I have enjoyed most flavors of success as a stop motionist to at least a mild degree.  Unfortunately my current mountaineering off-grid lifestyle prohibits the development of proper infrastructure to adequately animate as I would like.  I’ve adapted in small ways, but long for the day I can get back seriously into it.  The interim has served as a good photography development period.

Some recent works include a submissions to the last few years of Stopmotionanimation.com’s StopmoJam

Something of an abstract ballet in celebration of the physical laws of motion and the evolution of life as the pinnacle dance the cosmos.

Behind the scenes to the above film… very informationally dense.

A few years back, this one is probably my most meaningful work of art as a human because of the immense truth it contains.

After moving deep into the mountain fastness, I haven’t been able to animate with anything resembling a studio.  So this is an improv compromise.

I am pleased to announce I am renting an office in downtown bonner’s ferry which I hope to use as an animation studio to produce my next film, SILENCE & NOISE.

You don’t wanna know how many basements I’ve animated in.